In 1982 I found a collection of about 140 Magic Lantern slides in a box at the Berlin Farmers Market and Flea Market in Berlin, NJ. Curious, I purchased the heavy box of slides. All the slides had titles on the ends, and further most had descriptions of the activity shown, location, and people’s names. Looking through I learned these images are of the Park Island Canoeing Association from Trenton, New Jersey, and were dated from 1889 to 1899. I needed to learn more to be able to tell the story of what I had found.

Canoeing was brought to the Delaware River (between Pennsylvania and New Jersey) in 1876, and became popular in the 1890s with the establishment of several canoe clubs. In 1889, a group of twenty-eight prominent Trentonians purchased Whites Island in the Delaware River, changed its name to Park Island, built an elegant club house, and enjoyed camping on and canoeing from the island for 25 years. (continued below)

Below is the box of magic lantern slides as I found it. I spent hours sorting the images by subject, name, location for further study. 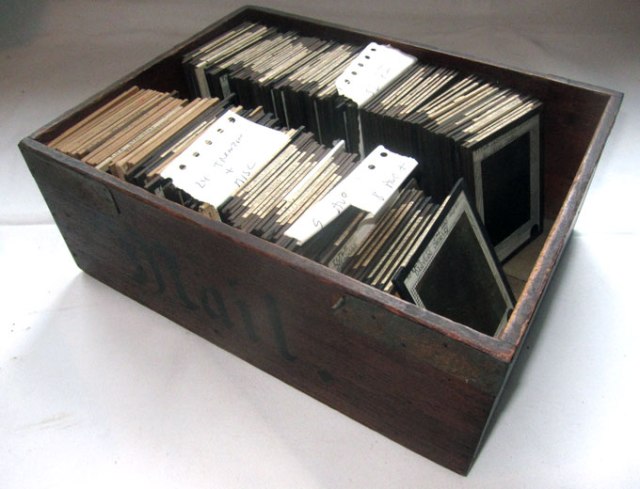 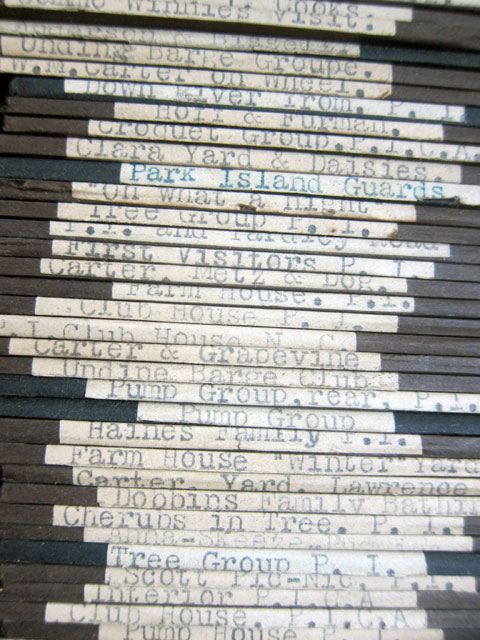 In the summer months the canoe enthusiasts paddled from the island south down the river to work in Trenton. Leisure time was spent in canoe meets, races, trips and family camping on the island. One favorite pastime was racing the club’s war canoe, “Wah-Wah-Tay-See.” This craft, which was thirty feet long and weighed about 400 pounds, was claimed to be the first of its kind owned by a canoe club in the United States.

But, as with so many social institutions dating from the late 19th century, interests changed. The automobile wooed many away from their canoes. The club closed in 1914 after twenty-five years, and the island was sold to the Rotary Club in 1918 for a children’s camp. The island was almost erased from memory in the 1960s when its earth was sought for fill for new road construction. That did not come to pass, and the island was still there on my last drive through in the early 1990s.

As luck would have it, the original scrapbook of the club is preserved in the Trenton Historical Society. I spent a day with the scrapbook, and was able to copy over 30 pages of articles about the club pasted into the album. Many of the magic lantern slides have the name of William C. Lawrence on them. I learned he was a noted photographer in the area, and these slides were used for talks about the canoe club during the winter months when members and guests could not be paddling. In my research of the club, canoeing and the area, I have an equal number of photocopies of material I used to research and write about the club. Below is an image of the document copies I have. 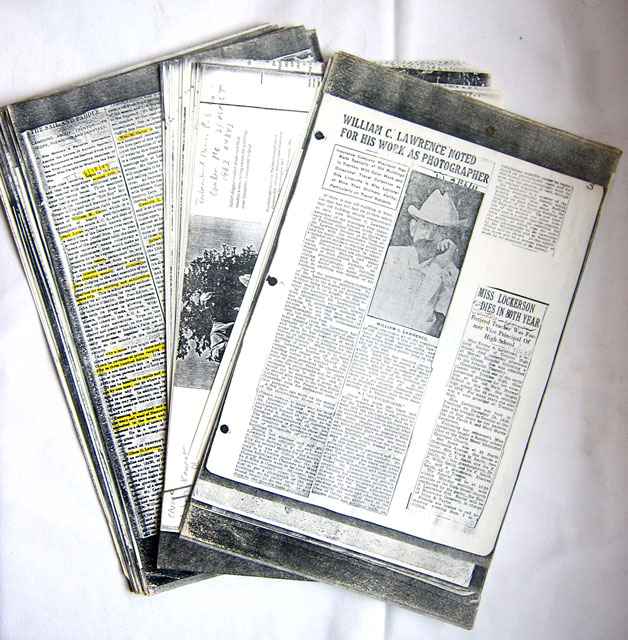 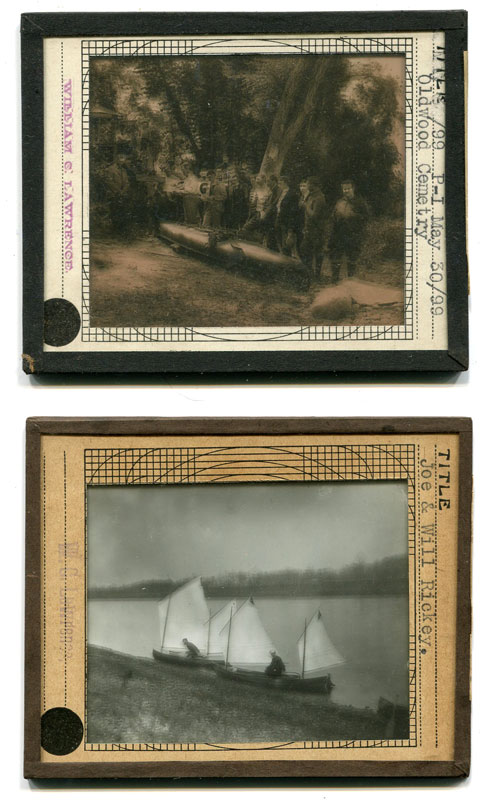 Using a light box (in the old darkroom days), I was able use my 35mm camera to copy many of the slides, and then make enlargements. Below are the prints I made from the above two slides. You can see the captions I attached (from the slides) for use when I submitted these for publication. 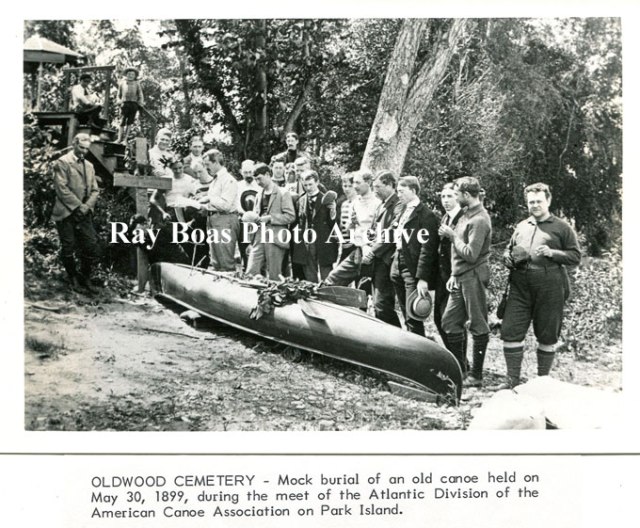 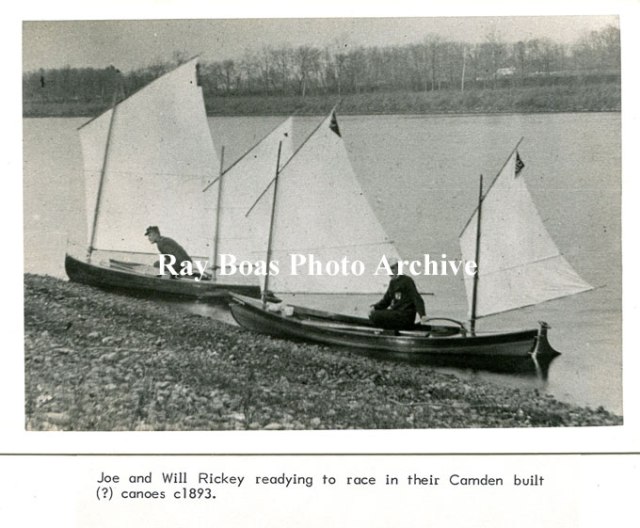 Just some of my prints – I must have the negatives somewhere, yet to look for and find them. 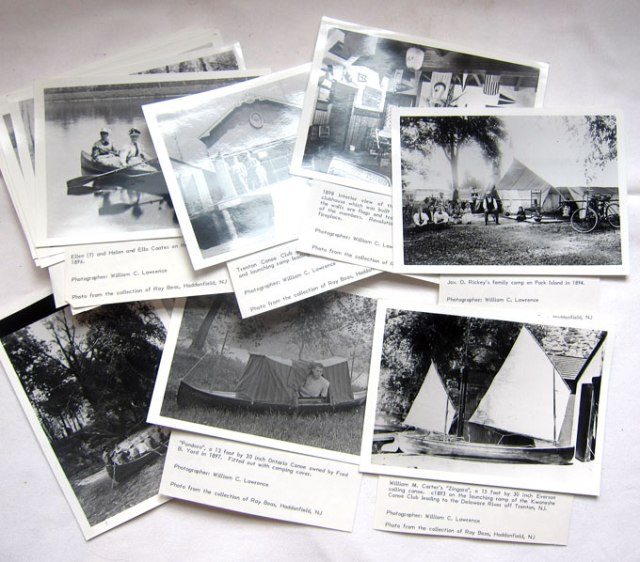 And, CANOE: THE MAGAZINE OF SELF-PROPELLED WATER TRAVEL, readily accepted my submission of the halcyon days of Victorian sport on the Delaware River, and published it in the March 1985 issue of the magazine 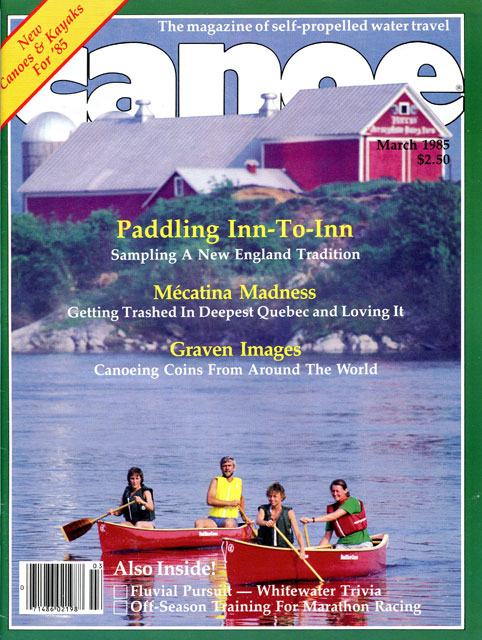 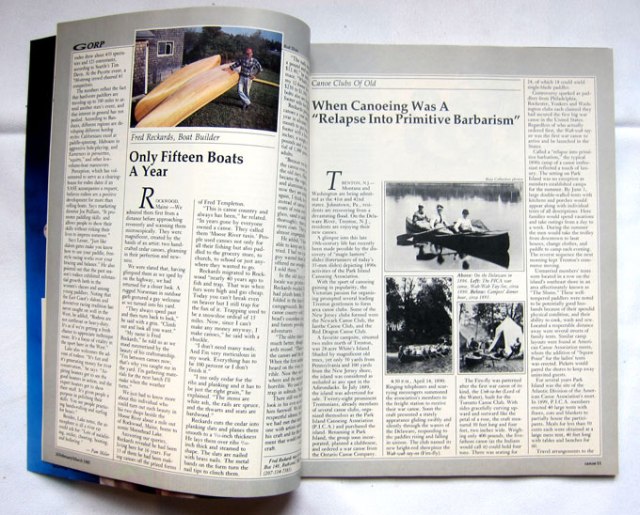 It would be nice to have this collection return to New Jersey and the right collection or repository. Because of the weight of twenty pounds of glass, and the possibility of cracking, I would prefer not to ship the slides and my archive (which I will include), but would be happy to meet the buyer (following payment) part way – possibly in the West Point, NY area. Price – $1250. Feel free to email me, and if you would like to visit to inspect, we can arrange that. Thank you, RAY

This entry was posted in Uncategorized. Bookmark the permalink.